This store has already expired. You will be redirected to rating page. 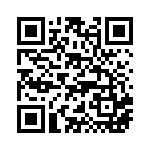 All Malaysia Bank
ABOUT US

Named after the famous 16th century Portuguese fortifications of Melaka, A’Famosa Resort is surrounded by rolling hills and lush countryside and is rated one of the region’s foremost leisure and holiday destinations.

The Resort, founded in the year 1992 had come a very long way into making the place as a venue for everyone. The vision is to build a hidden paradise to avoid the busy sounds of the city. Construction of the Resort began with a massive land fills and grass planting for the Golf Course. In the same time, villas and properties begin its development phase by phase.

The first theme park ever constructed on the land was Water Theme Park. Completed its construction in the year 1996, A’Famosa Resort had opened its gates to millions of visitor to the resort ever since.

The next attraction completed in the year of 2001 which was the Safari Wonderland. The Safari was one of its kind back then where the concept of animals roaming freely and talented animals performing tricks became one of the regions “a must-to-visit.”
One year later, in 2002 A’Famosa Resort introduced another attraction which was the Old West. Live up by its name, the Cowboy Town was the visionary of the founder to relive the era of the Wild Wild West.

Opened on Jan 28, 2016 , Freeport A’Famosa Outlet brings the outlet retails to eager customers of Centre and Southern region of  Malaysia. It is a shopping outlet centre which offers a variety of designers brands and fashion items, it comprises of 80 retails lots , food & beverages units, exhibition and event hall.

With the entire establishment, one can visit to the Resort with so many purposes. Be it for a family gathering, a school camping, a corporate outing , quality bargain shopping or even just to escape to a greener pace, everyone leaves this place with a smile on the face.

At A’Famosa Resort , there is something for everyone.

Copyright Â© 2021 Interbase Resources Sdn. Bhd. (465435-U).
All product names are trademarks of their respective companies.
Lmall.my is not affiliated with or endorsed by any company listed on this site.