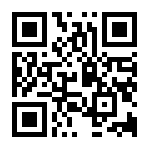 Payment Methods :
Fulfilled by NetPay.
ABOUT US

X-1R Global Ltd, The Asian Home of Performance Lubricants since 1999.

X-1R Corporation was founded in Daytona Florida in 1989 with the mission of formulating and pioneering the next generation of scientifically proven and demonstrably superior lubrication products for use in the Motor Sports industry. Since that time X-1R has continued to maintain the same high standards and also managed to broaden our product range to include award winning lubricants, fuel detergents, octane and cetane boosters and greases.

X-1R’s Engine Treatment, the cornerstone to our product offering, was designed specifically to reduce friction and wear. It stands alone from competition as scientifically and statistically proven to meet its label claims- it really works! X-1R’s technology is supported by credible scientific research and accolades from numerous partnerships with the motor sport/racing industry, commercial usage in trucks, ships, aircraft and fleet vehicles and the auto aftermarket.

X-1R is the only lubricant company to be inducted into the Space Foundation/NASA Space Technology Hall of Fame; no other lubricant technology than X-1R is exclusively accredited as, “Certified Space Technology”. In the mid 1990s NASA discovered a serious problem with the original lubrication system for their “shuttle mobile launch transporter”; a moving set of tracks carrying a 12 million pound load.

PRODUCING AN “IMPROVED” LUBRICANT FOR NASA

In 1994, NASA sought assistance from X-1R, being aware of the dramatic success X-1R had achieved in motorsports, reducing friction and increasing power for “high performance” vehicles. X-1R applied their technology towards NASA’s monumental challenge- producing an improved “new” lubricant for NASA, saving them millions of dollars in potential engineering expenses. The lubricant formulated by X-1R was tested directly on the crawler and performed perfectly.

In 1996, Sun Coast (X-1R Corporation) determined there was a market for environmentally safe, high performance lubricants for industrial applications.

Through further research, X-1R developed the base formulation found in the X-1R Crawler Track product, leading to three new products: Train Track Lubricant, utilized by the Florida Power Corporation Railroad system to solve a wear problem; Penetrating Spray Lube used for rust prevention, loosening corroded nuts, etc. and Biodegradable Hydraulic Fluid used in various hydraulic brake applications. Success with these products led to the development of X-1R Super Gun Cleaner and Lubricant, which impregnates the metal in a gun barrel and other components to protect it against galling. Another offspring of this technology led to the development of a lubricant designed for fishing reels.

Copyright Â© 2020 Interbase Resources Sdn. Bhd. (465435-U).
All product names are trademarks of their respective companies.
Lmall.my is not affiliated with or endorsed by any company listed on this site.